Commerce in the Classroom 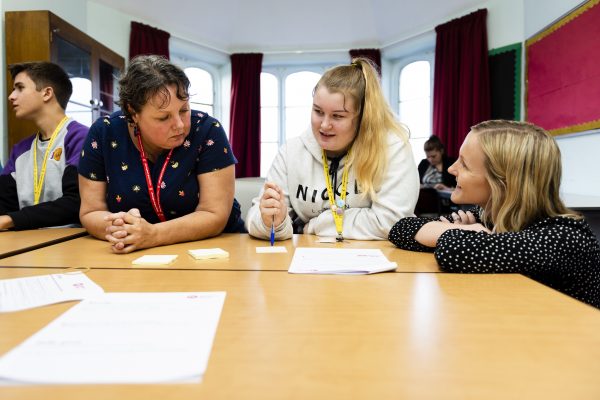 According to the British Chambers of Commerce, 73% of businesses who attempted to recruit in the last financial quarter said they faced recruitment difficulties; with skills shortages predominantly felt across skilled manual roles and professional roles1. Meanwhile, figures from the Office for National Statistics reveal that there are 800,000 young people aged between 16 and 24 who are not in education, employment or training.2

We know that the labour market is becoming increasingly complex and difficult to access, particularly for young people from lower socio-economic backgrounds. The implementation of the Gatsby Benchmarks Framework in 2017, as well as the increased focus on commercial education initiatives in the UK, has gone a long way in ad-dressing this. However, more needs to be done to ensure that students are aware of the opportunities in a con-stantly changing market and are able to develop the skills which will enable them to enter into these fields.

Commerce and international trade in particular is a growth industry, however, the full impact that the UK leaving the European Union will have on international trade is not yet known, and there are already challenges to developing an effective and efficient pipeline of viable and diverse employees.

This year, Future First was kindly supported by The Commercial Education Trust to deliver a pilot project connecting individuals working in international trade and commerce to young people in secondary schools and colleges across the South East and East of England. 207 Year 12 students based in ten schools in regions of low social mobility in Norfolk, Sussex and East Cambridgeshire attended a set of two workshops supported by volunteers working in the sector. The workshops provided students with an insight into international trade and commerce, exposing them to a range of employment and career opportunities available within the sector.

Our evaluation findings showed that by the end of the project, students who took part in the pilot were more able to identify what international trade was, were more aware of the variety of different roles available across the sector and more able to identify the skills required for specific jobs. Students also developed negotiation, team work and problem solving skills. At the start of the project only 8% of students told us they would consider a career in international trade but by the end this had increased to 42% showing the importance the pilot had on broadening horizons.

You can read the full report here.