Luton stars from the worlds of entertainment and sport have backed a new initiative to link the area’s young people with relatable role models who can inspire them to future career success.

First and Careers Hub Luton to set up an alumni network for students at schools across Luton, Dunstable and Houghton Regis.

The network will provide students with support and advice from people who have gone on to lead successful lives after sitting at the very same desks as them.

The profiles of more than 100 former pupils at local schools are already available on the online network so teachers and students can tap in and get first hand advice on a wide range of career paths.

Sharna Jackson, the triple BAFTA-nominated children’s author and artistic director who was born and raised in Luton, said: “Luton and the surrounding areas are so diverse and multifaceted – the world needs people from places like ours to enrich the future for everyone.”

“I’m delighted to be supporting Future First’s work through this new network, one that ensures Luton’s extremely talented young people have the opportunity to thrive and flourish.”

Former England cricketer Monty Panesar said: “The new Careers Hub Luton Alumni Network is so important for every student in the town so they can have access to role models just like them. There’s so much talent among our young people and sometimes they just need the encouragement of someone like them who’s done it before so they can go out and grab the future they want.” 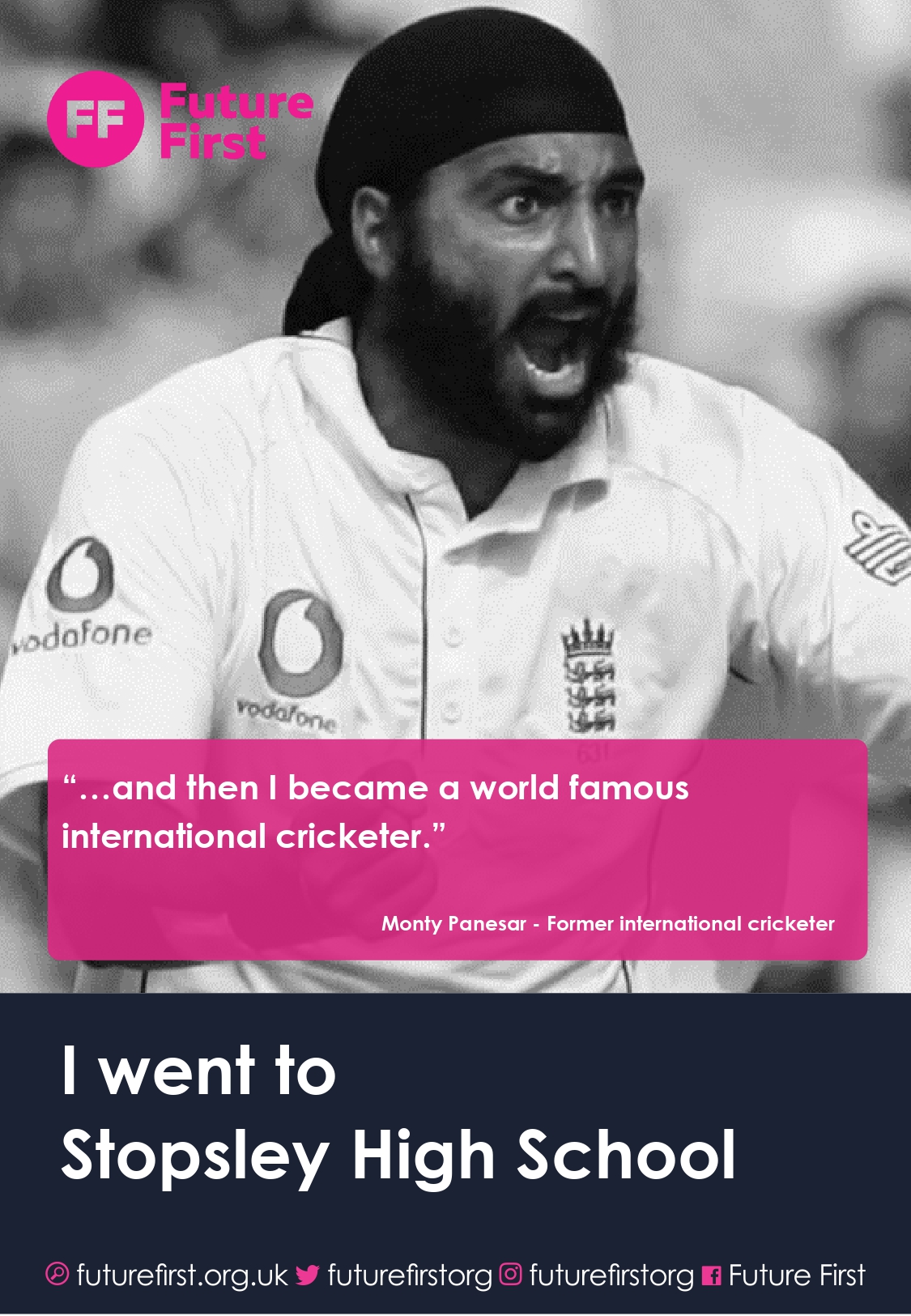 Future First and Careers Hub Luton are working together to build the network so it can be used to support students across Luton, Dunstable and Houghton Regis.

A spokesperson for Careers Hub Luton said: “Our ambition is to create a network of ex-students from the local area that can share their achievements.

“We want this to support young people to raise their aspirations, to explore jobs or educational opportunities they would never have considered previously, and to make better informed decisions about their future.”

The network will mean local school students can benefit from the expertise, experience and life lessons from a diverse range of people who they can relate to as they too grew up in the same place as them.

These career “inspirers” will be called upon to create profiles and feature in posters and videos which will be shared with students thinking about life after school.

Lorraine Langham, Chief Executive at Future First, said: “Young people have been through a really tough time during the pandemic and the Careers Hub Luton Alumni Network will offer the area’s students invaluable support and advice as they make crucial decisions about their future.

“Every young person should have the chance to be inspired, understand what is required and gain the confidence to pursue the career they want. This initiative aims to make that a reality for as many students in Luton, Dunstable and Houghton Regis as possible.

“We’d love to hear from anyone who went to school locally and has gone on to study further or start a career. The more volunteers we get to inspire the next generation the more young people who will benefit.”