Siya and Nir share their experiences of the Future Me Mentoring Programme. 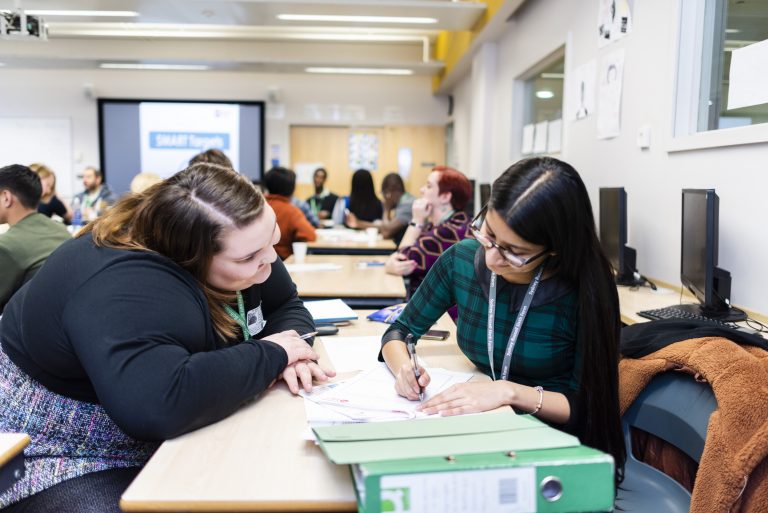 Siya and Nir, from Sydney Russell School, share their experiences of having a mentor through the Future Me Mentoring Programme.

I think it was very useful having a mentor because they were closer to my age, I felt like I could relate to them more than my teachers. I think it’s encouraging to see someone who has been in the same position as you become successful.

Before I took part in the mentoring programme I had an idea of what I wanted to do in the future but after the programme it was much clearer. I was able to research different options and it was really helpful to hear from someone who’s actually experienced an apprenticeship.

One of the skills that I developed throughout the programme was my communication, I was able to talk about what I like and what I want to take further in life. I feel more confident about the future, before I just had an idea about what I wanted to do whereas now I’m able to visualise myself in a career; being able to see yourself in the future makes you believe in yourself a bit more.

I would recommend the mentoring programme to a friend. I think there are many young people in the same position as me who are unsure about their future and programmes like these can help give you clarity on what you want to do and help you explore different steps and how to get where you want to be.

I found having a mentor really useful because the sole purpose of them being there was to help you with things like careers advice; it’s great to have a dedicated mentor for the programme to specifically ask questions to.

Originally I wasn’t sure what sort of career I wanted to go into but after hearing my mentor’s stories about working at Ernst & Young I found his role in business consultancy really interesting. It is something that would fit my current skill sets and something I’d find interesting and challenging to work towards in the future.

I think the mentoring programme made me more confident that I could be successful in the future. We planned the different routes that I could take and when you see the steps outlined it makes the end goal seem much more realistic. It also helped that our mentor was successful in his field and was able to achieve the sort of job that we might be aiming towards whilst being from the same background as us.

In the future I hope to study at university and I’ve gained a lot of tips on how to do so from the mentoring programme. It has helped me improve my decision making especially because my mentor has also gone through the same decisions in his past so I can learn from his experiences.

Contact us to discuss how we can support your school to work with former students.