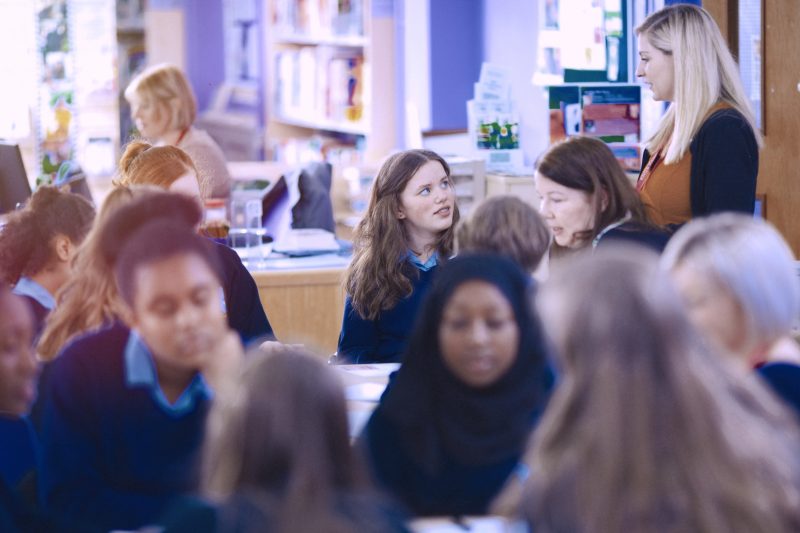 Florentina, Assistant Project Manager at Transport for London, tells us why she returned to her old college to take part in Future First workshops.

I enjoyed my time at school in Romania because I learned new things and gained skills that will help me in the future. After secondary school I completed two years of University and gained a Professional Therapist Certificate before moving to London and attending Newham College.

When I studied at Newham College the language barrier was one of the challenges that slowed me down, added to the fact that I had to take care of my children and do the school run every day which did not give me too much free time to study; I decided part-time or online education was the best option for me. Newham College rewarded me for being the best student in my class with a computer when I studied in 2004. After 4 years, I returned to college in 2008 to study Computerised Accounts Level 2 part-time.

When I moved to London in 2001 I didn’t speak English so I got a job as a cleaner. After learning a bit of English I worked as a waitress for few years then in 2004 I joined Newham College. I wanted to improve my English and to learn new skills so I could get a better job. After completing the New Cad Vocational Summer School, I was promoted to a Supervisor position by the restaurant where I was working as a waitress and after 1 year I became the Manager of the restaurant.

After I finished college in 2008 I started a limited company together with my husband in the construction field. After a while, noticing that the income was too low and I had 2 children to take care of, I decided to join Transport for London as a Customer Service Assistant. I wanted a shift work job so I could take care of my children during the morning and work in the afternoon. After 7 years of shift work I applied for Assistant Project Manager in the Projects and Programmes Delivery Department at TfL. Now at 40 years old I am still learning and I am preparing to become a Project Manager at TfL.

I wish I had someone to inspire me when I was younger and to give me more information about a career in transport whilst I was in school. I signed up to support Newham College through Future First to be able to share my experiences with the younger generation. I have a teenage daughter who is studying A Levels so I wanted to get involved in college activities to be able to help young people like my daughter.

I attended two workshops at Newham College with Future First, one about employability skills and the other about preparing for work experience. Both of the workshops were well planned and informational and I enjoyed answering the students’ questions, giving them my advice regarding my transferable skills and my career journey so far.