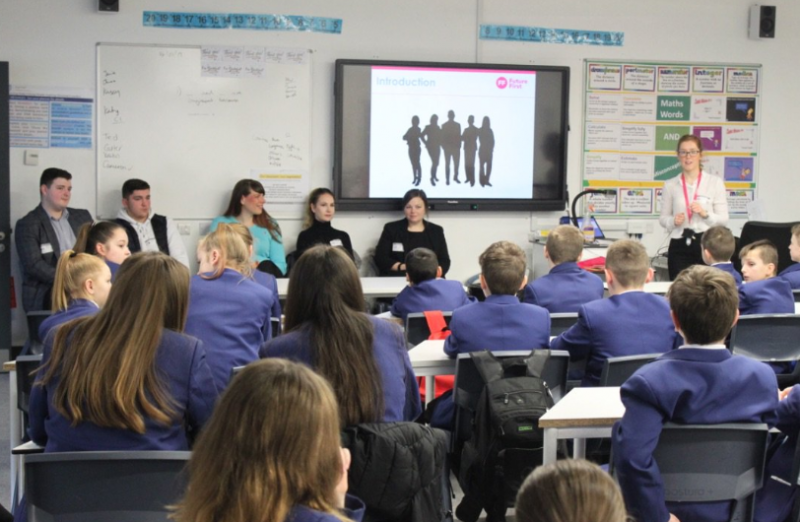 John Hooper, Information, Advice and Guidance Officer at Highfield Leadership Academy, talks about the impact alumni can have on current students.

The majority of students at Highfield Leadership Academy live very locally and there’s a strong history of parents and grandparents also having come through the doors here. There’s quite a high number of pupil premium students with some from deprived areas of Blackpool, though we also have students from more affluent backgrounds so it’s a real mix.

Within Blackpool and specifically in our school there’s an issue with students having low aspirations for the future. With generational unemployment in some families, pupils don’t always have the ambition to get out of that cycle and those with the motivation to seek opportunities think that they need to leave Blackpool to do so. Choosing Future First as part of the Careers and Enterprise Company funding was a deliberate move in order to create a sustainable network of former students to help inspire the current students.

In January 2019 we held our first World of Work day having held two really successful workshop days in the previous year. We chose Year 7 pupils as we felt that motivating and engaging students at a young age was really important to engage their thinking about the future – after all the whole reason they’re in school is to prepare for their future.

The World of Work day had a definite effect on the students. Having former students, who have sat in the same seats as them, talking about their post-school journeys was incredibly impactful and engaging; the students both former and current related to each other on a personal level. Meeting students in successful jobs that they may not associate with their area can have an impact on students’ impressions of the jobs available to them when they leave school.

It’s great to see pupils leave school and go on to be successful; a current Highfield teacher used to be a pupil here 15 years ago and described himself as a lazy student but has since done well and returned to teach the next generation. The school is focused on building relationships with the local community and former students have the skills that can help us to do this. It will hopefully inspire current students to stay in touch after they leave and come back to share their knowledge and experiences.

We are currently in the process of building a partnership between Highfield Leadership Academy and a local branch of ATOS, a European IT business. This was only possible because a former student now works there and wants to return to the school to speak to students about her job and even invite some to her workplace to gain some insight into the world of work first-hand.