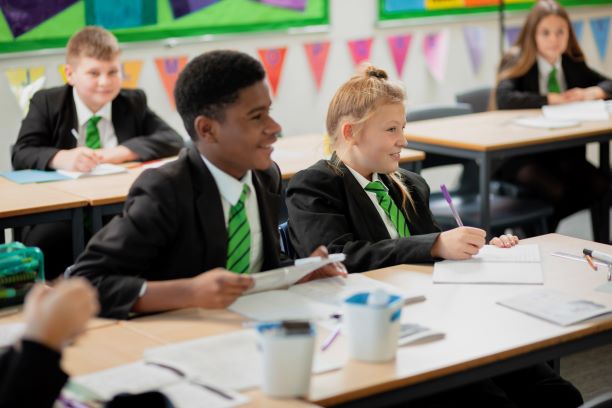 Jordan Holder volunteered at his old school Chantry High School as part of an alumni workshop bringing the world of work alive for students.

When I was at school, I was aware of the stereotype associated with the area and part of me believed that I faced the same destiny. I was also worried about what would happen as soon as I walked out of the school gates, and thought I was a failure for not having it all figured out.

I had to work hard to get my GCSE results, particularly in Maths. It took me two attempts and the support of an incredible teacher, Mr Davies to get me a Grade C. After leaving Chantry Academy, I studied for a Level 3 BTEC in Enterprise and Entrepreneurship. In part, this was influenced by a project I designed to create year books and sell them to our year before we left.

It wasn’t until I started attending college and studying for my A Levels that I started to realise the stereotypes associated with my area weren’t true. While I was at college, I volunteered for the Institute of Directors in Suffolk and became the Ambassador for Education. Through meeting a variety of people at both college and the IoD, I had living proof that people from my area and this school could be successful.

My experiences led me to realise that I was passionate about connecting business and education. When my current role came up, an Enterprise Coordinator for the Careers and Enterprise company, I went for it and got it. I now work with a cluster of 20 schools and colleges to build careers plans and support them in building relationships with local and national employers. Alongside this, I’m the Co-Founder of Chatham Chaps and a Governor of Copleston High School.

Through my work with CEC, I became aware of the fantastic work that Future First do. I signed up to support my old school because I know exactly what it’s like to be those students. You might not know what every student is going through, but you can at least tell them what it was like for you to be sat in the same seat.

Pupils in the Ipswich area face huge barriers in relation to social mobility and it’s not their fault. They put glass ceilings in place for themselves by believing in the same stereotype that I did. This was apparent to me when I volunteered for a workshop about post-school options, hearing how the pupils described themselves and put limits on their future. Some of them really believed that people from Chantry do not succeed.

I thought this workshop was really insightful. They assumed I went to a good school, had attended university and had always known what I wanted to do. Having the opportunity to speak to pupils and show them I was the same as them meant that I was able to ease some of the concerns they had. In the feedback from the session, some of the pupils actually commented that it had helped them feel more “settled.” It also helped to address some of the misconceptions they had about the world of work, and set more realistic expectations about what is achievable after you leave school.

The advice I would give to students is to establish two things: confidence and community. I am where I am today from putting myself out there and creating opportunities. A strong community of friends, associates, colleagues, clients etc. will help you go a long way. Furthermore, having the confidence to make tough decisions and putting yourself out there is key. My final advice would be that you should follow your own path, do what you’re passionate about, and work incredibly hard for it.