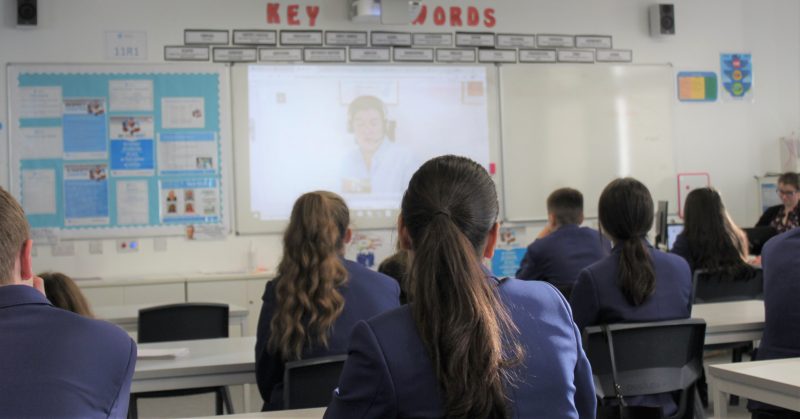 At the beginning of the year, Future First joined forces with leading Financial Services company Legal & General Investment Management (LGIM) to run two virtual workshops for schools from across England.

The events allowed students to meet volunteers from the firm and learn more about a career in one of Britain’s leading industries.

LGIM’s Business Development Executive, Laurence Stannard, explains why he thinks the events were such a success.

I first learnt about Future First a few years ago and I remember thinking about what a unique charity it is. It stuck with me because I grew up in rural Cumbria and something like Future First would have been extremely helpful to me to learn about what careers were available outside of the small town that I lived in.

When I got involved in LGIMs Social and Economic Mobility Committee, I mentioned Future First and the team were excited about the possibility of reaching young people from across the UK, as a lot of our activity until now has been focussed around London.

We developed the workshops as two digital events to overcome Covid restrictions.  This meant that we could access schools from outside our London base. Both workshops were about an hour long and we had seven different Legal & General volunteers at each.  The events were attended by more than 60 students from all over the country, including Blackpool, Doncaster, Sheffield and North Lincolnshire. As well as tackling perceptions about working for a firm such as Legal & General, we also looked at interview skills and finished up with some final advice about how to access professional careers.

The events were a resounding success. While the first workshop was aimed at Years 10 and 11 pupils, the second one was more for Sixth Form students: we made it more interactive and it effectively became like a one-to-one session for them.

Our volunteers were enthusiastic to share their stories and some advice and the students were really engaged. We got some great feedback, with Highfield Leadership Academy in Blackpool posting a fantastic tweet and the school’s Careers Lead commenting on how easy it had been to organise and recommending other schools to get involved.

It was a hit with the Legal & General volunteers too. I was overwhelmed by how many people wanted to get involved. A lot have had similar backgrounds to me and, to be honest, that really surprised me. You assume that everyone who works in Financial Services has had quite a privileged upbringing.

The team clearly got a lot out of it. I remember one volunteer saying that his girlfriend was laughing because he had such energy after the event. I suppose with so many of the volunteers coming from similar backgrounds to the students, it meant that they understood why social and economic mobility is important. Part of the problem is that students don’t have exposure to what else is out there and the volunteers get that.

We’re really looking forward to doing more with Future First, potentially by holding some similar events later in the year and I’ll be focusing on driving forward with other programmes outside of London. We want to focus on the “cold spots” – those areas of the UK where there isn’t enough support going into the communities that need it.

I really think the work Future First is doing gives young people the confidence to believe in themselves and confidence is so important. We need to encourage young people to step outside their comfort zone and try thing that may inspire them.