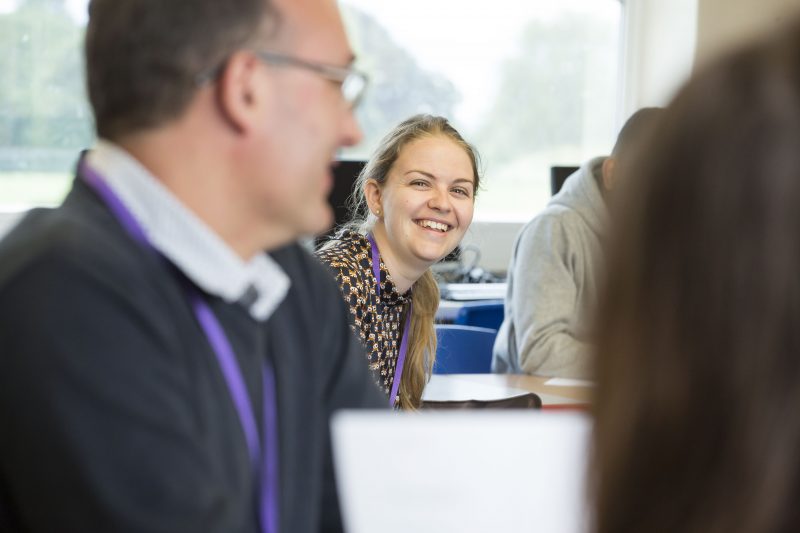 Louis, European Business Development Director, talks to us about his post-school journey and why he volunteered at our Commerce in the Classroom workshop.

During my time at school I attended a two-week work experience placement with Midland Bank (which is now HSBC bank) and I really loved my time there. I’d thought I wanted to be a teacher up until then but the work experience placement changed my mind. At the time, to join a bank you needed 4 O Levels including Maths and English; I got 8 but failed English which I then retook and passed but it was too late for Midland Bank to accept me so instead I joined Barclays on a youth training scheme. Barclays allowed me a day off to take my English exam and as soon as I passed it they actually took me on permanently instead of staying on the scheme for a year or two because I then had the qualifications needed to be able to meet the entry requirements.

Whilst I was there I was appointed to the management training programme which was a fast track way through banking to become a branch manager. I stayed with Barclays for around 6 years but I started to see that a number of branches were being cut and functions like lending, security, and mortgages were slowly starting to be centralised and there were less and less branch based roles. So I looked at a change in career from pure banking to financial services and then I moved into insurance and became a financial advisor through an estate agency and a building society where I worked my way up to running a team of financial advisors.

From there I moved into marketing for Aviva in a product development role and then to Lehman Brothers just before the recession to set up a new lender for them. During the recession it didn’t seem like there would be a long term future in lending so I moved back into insurance which involved learning and developing skills in a whole new area of industry such as running the online customer facing channel, search engine optimisation, social media and how to acquire customers online.

I joined banking thinking it was a job for life; back then if you were a bank manager you could do that until you retired but 5 years into my career I realised that the world changes and adapts. It’s all about transferable skills that you can take into alternative role.

I first found out about Future First through Linkedin, someone from the charity reached out to me and asked if I would be interested in returning to my old school for a workshop and I said yes, absolutely! It was perfect timing, I’ve got a 20-year-old son who was going through a lot of the same decisions about A Levels, universities and entering the world of work.

When it came to this new Commerce in the Classroom workshop I was asked to share my knowledge on international business and I’m lucky that the last 2 jobs I’ve had have been internationally focused. I wanted to share with them the experiences of working across borders; you get to meet people from different cultures, different backgrounds, you get to travel, try different food and just be in different environments. It’s such an interesting, great experience!

It’s important to teach students about trade deals and resources that come from overseas. They were quite surprised at how many of the things in the classroom such as phones, clothing and equipment had some component that came from overseas. The card swapping trade game we did was a great way to learn about strategy and at one point I helped them engineer a 3-way trade. It showed, on a simple game level, the complexity of trading. We were trading 3 cards for 1 because of the perceived value of what we had rather than just doing a 1 for 1 swap. That was a really good tangible way of showing that this is how trade happens in the real world.

The advice I’d give to the students is adaptability and building transferable skill set. As the world evolves and changes, some things you can predict and others are a complete surprise. For me it was obvious that jobs involving working online would become more popular but something like the recession was a shock so it’s ultimately about the skills you have that you can transfer with you. I’d say don’t be frightened of change, look at change as an opportunity whether or not it’s something you have control of!

Sign up here to volunteer at your old school or college.