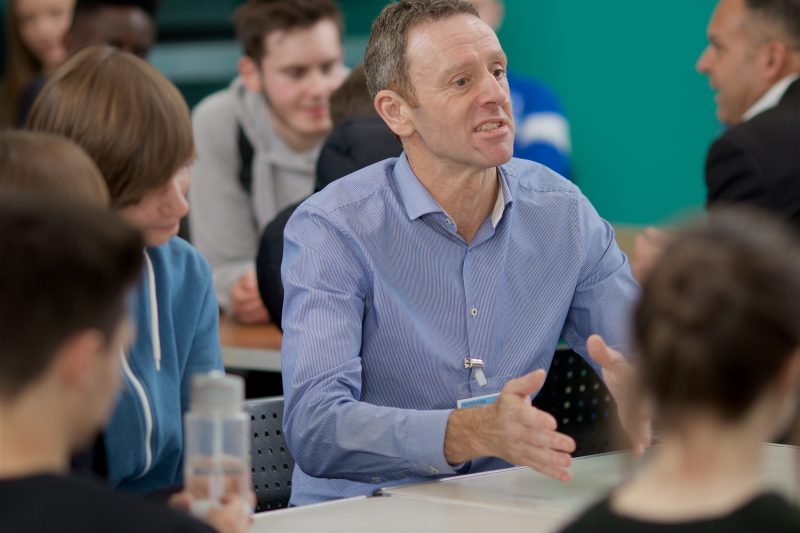 “I never even thought that I’d be going to university, never mind lecturing at one…”

“School was a very positive place for me. There were lots of opportunities available to us, especially for sports, music and drama. I was really pleased that I was at Meadowhead, because I had friends at other schools that didn’t have nearly as many opportunities as we did. I was involved in sports club, drama and school productions. I was also a form and year representative and a member of the school council. I wanted to make sure I took advantage of every opportunity available to me. One of the main challenges at school was having to be organised and keep on top of everything, which is something that I didn’t really think about at that age.

I currently lecture in Sports Development and Coaching at Sheffield Hallam University. I left Meadowhead to do my A levels at college because they didn’t have a sixth form at that time. From there I decided not to go to university and instead set up my own trampolining club.

This came out of doing voluntary work in a local primary school. I started helping children with their reading and writing, which then turned into a job. Then, whilst working full time in primary education, I set up a trampoline club. The job I was doing started at 9am and finished at 3pm, which gave me the opportunity to run the club after school from 4pm- 9pm. This grew and grew and now I run clubs across Sheffield.

After a while the athletes that I had been coaching were doing exceptionally well, which made me think that I needed to get more knowledge about physiology and nutrition to support them. This sparked my decision to go to university to study sports science and coaching. Whilst I was doing my degree at Sheffield Hallam I carried on working as an educational consultant and running the trampolining club.

After coaching a group of athletes to world-class level I made the decision it was time to look at the next adventure for myself. Then a job at Sheffield Hallam as a sports science lecturer came up, this was the start of the next chapter in my journey.

I’m really proud of what I’ve achieved. I’ve trained an athlete who won an Olympic silver medal and I’m lecturing at a university, when I never even thought that I’d be going to university, never mind lecturing at one.

Although I was ambitious and driven at school, if I hadn’t had the support of certain teachers at school there is no way I would have achieved what I have done now. The teachers gave me so much support at school and after I left, they’ve been a true inspiration.

When I walked back into the school it felt as though I had come home. Every now and again I’ll drop in and go for a cup of tea and a catch up and I always feel like I’m welcome there. The other thing that I like about going back to Meadowhead is that there is a mixture of people from a variety of backgrounds. It’s a great school when it comes to respecting people regardless of their background. This is a message that I have taken with me.

I went to the school’s annual sports day in the summer. It was funny actually, as people called me the ‘Meadowhead celebrity’, which made me laugh!

I went in to support the students on the day and have a chat with them about the events they were participating in. I gave a speech at the start and met with all the year representatives. I’ve been back lots of times since to support school events and give talks to current students, which I really enjoy.

My advice for today’s students is try as many things as you possibly can and put yourself forward for things. Also, it’s important to be prepared to fail and then pick yourself back up. Ultimately, try your hardest, don’t have any regrets and keep learning from your experiences.”