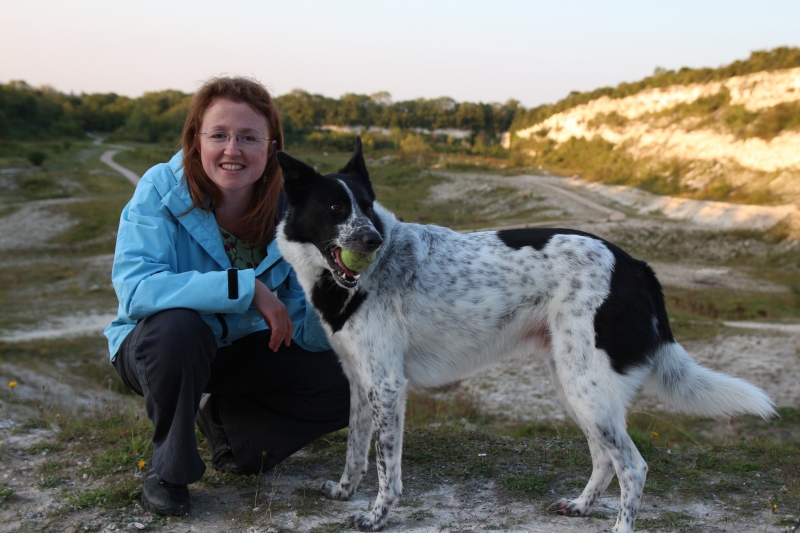 "I applied to Cambridge and three other UK vet schools in Year 13 but, to my great disappointment, I didn’t get in to any of them. Looking back, failing at this first hurdle was the best thing that could have happened to me."

“I was lucky that I found school work relatively easy, but this meant I wasn’t one of the cool kids. In Year 7 I was one of those students always putting my hand up, but I soon learnt to keep my head down to avoid attention. My ambition when I was at Oathall was to become a vet. This was something I decided in Year 9 after being inspired by spending time on the school farm. I definitely didn’t have a great love of science from a young age, so saw studying the sciences as a means to an end in becoming a vet.

I studied every hour possible for my A levels and ended up getting straight As. I chose my subjects based purely on what I needed to get into vet school, so I studied biology, chemistry, physics and maths. I applied to Cambridge and three other UK vet schools in Year 13 but, to my great disappointment, I didn’t get in to any of them.

I decided to take a gap year and re-apply. Looking back, failing at this first hurdle was the best thing that could have happened to me. It allowed me to experience the most fantastic gap year, and having a whole year away from studying and exams was great. I spent three months in Syria, which was fantastic. It was a big culture shock of course, but it was fascinating and I met some amazing people and this was where I was first introduced to veterinary research. When I came back and had the second round of Cambridge interviews, I was thrilled to be offered a place. I think this was due to my gap year experience, which had really helped my confidence.

I had a brilliant time at Cambridge. I was able to do a lot more travelling, take part in some fascinating classes and meet a lot of wonderful people. I was offered a job as soon as I graduated, at a vet practice in Suffolk where I had previously spent time as a student. In 2011 I began a PhD at Imperial College London, this was probably the hardest thing I’ve ever done.

I finished my PhD in 2015 and the week after I went out to Sierra Leone to volunteer in a lab in an Ebola hospital. My work there involved testing blood samples from patients with suspected Ebola virus infection…

I now work as a post-doctoral researcher at the Laboratory of Molecular Biology in Cambridge. It’s been an unexpected career journey so far with many twists and turns, and I’ve learnt that it is definitely possible to have more than one career.

I’m very passionate about levelling the playing field between state schools and private schools. Cambridge is often seen as an institution just for people from wealthy backgrounds, but that is absolutely not the case. I want to support my old school and try to inspire current students to aim high.

The first time I went back to Oathall it felt really strange. I initially went back to take part in a workshop for students in Year 8, which was hosted by Future First.

I was then asked to go back to meet with GCSE science students as part of Work Related Learning Week. I was lucky enough to speak to four different groups of students, each for a 30-minute lesson which I had prepared in advance. I brought model viruses with me, which the students were very interested to see. At the end of each session they all wanted to ask questions about my career as a vet and being in Sierra Leone. During my time at Oathall I don’t remember anything like this happening at all. I would have been fascinated by visits from alumni and I feel it could have really helped to open my eyes to science as a career. It had never occurred to me to be a scientist when I was at Oathall and I never knew what that career could entail whilst at school.

What’s the best piece of advice I would give to students? Aim high and be determined in life. Don’t be afraid of failure, just pick yourself up and carry on.”