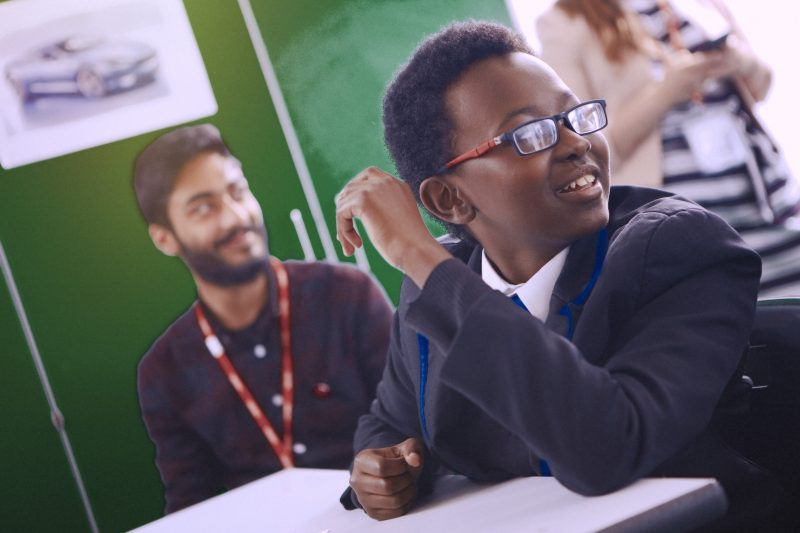 When I was a student at the school I’d like to think I was hardworking. I kept my head down in most subjects, but I had a particular interest in Drama, Art and English. Drama was more of an outlet for my creative side. In the last year of school, things were tougher and I had some personal issues to deal with that meant I only completed one out of my three A-levels. Looking back, although my time at the school was positive, on balance, I’ve always felt that if there had been more support in the form of counselling or mentorship it would have made a difference.

After I left the school 15 years ago I moved into acting – studying at Bristol Acting Academy, based at Bristol Old Vic Theatre School and working in theatre, radio, and film. I have been back to the school once or twice over the last 15 years. The first time I went back it was a bit surreal, but also like I’d never been away.

When I heard about the Future First alumni programme I was happy to join. Then, when the school contacted me recently looking for support for mock interviews, I offered to help out. The event went smoothly and was a positive experience all round. One of the students did so well that another volunteer suggested that the student was ready to be hired! It was really good to go back, and it’s led to further discussions about me coming in to work with the drama class – which I’m excited about.

If I can be a part of offering a higher level of support to students, as somebody who has been in their shoes, then I’m happy to help. If the students ask, my advice is – apply yourself, pay attention and recognise the opportunities provided by the learning environment.