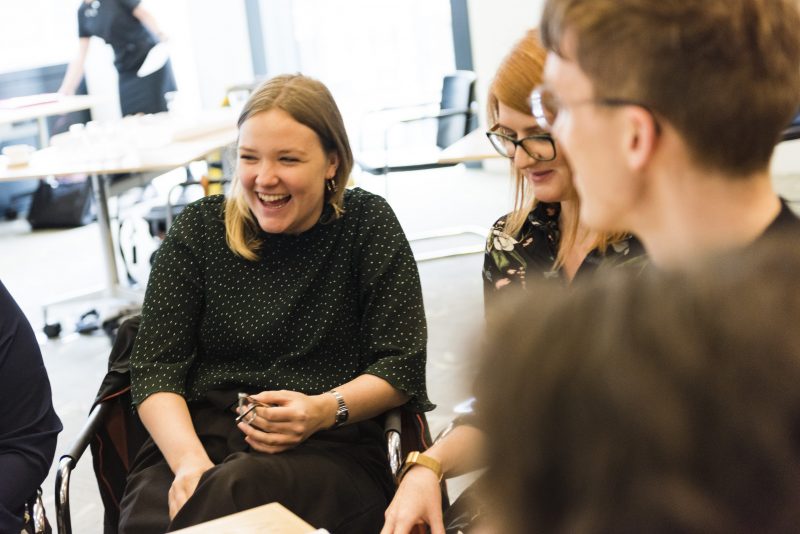 James, PhD student and alumnus of Hayes School, talks to us about going back to school to talk to sixth form students about his education journey.

I enjoyed my time at school; I was the kind of student to do all my homework the day it was set and try to do my best. My favourite subjects were Maths and Physics, so when I left school to go to university, I pursued an MSci in Theoretical Physics at UCL. After that, I went to Cambridge to do a PhD in Particle Physics, which I’m finishing up now. 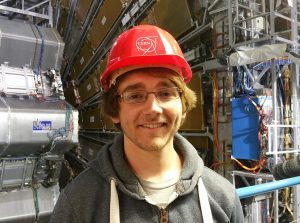 From 2016-2017 I spent a year at CERN in Geneva, where I worked on the ATLAS experiment at the Large Hadron Collider. My thesis is on a measurement of the electroweak sector of the standard model of particle physics (basically measuring how often a specific process involving Z bosons occurs in the conditions of the LHC). After the PhD I expect I’ll go into industry as a data scientist or quantitative analyst.

I signed up to the Future First alumni network so that I would be aware of opportunities to interact with my old school. When I got an email asking for speakers at the A-level awards ceremony I replied, saying that I was interested, so I was invited to give a talk about my experience at the school and my career since leaving.

I’ve given plenty of talks during my PhD and I usually use slides to illustrate what I’m talking about, so I did the same for this talk. When I arrived I met with the principal of the school, who happened to be my old French teacher, so it was nice to see a familiar face. A teacher gave an introductory speech, then played a video of the current students and then I was up to give what turned out to be the main speech of the event.

I started with some self-introduction and a brief timeline including my time at the school and what I’ve done since then. I also highlighted things that hadn’t gone well along the way, to try and make the point that even though my trajectory might seem quite neat and perfect from the outside, it had its flaws and I’ve faced failures of my own (such as applying to Cambridge as an undergraduate and getting rejected, which felt like the end of the world at the time). I did this because I was mindful that not every student would have been happy with their A level results or university place, or whatever else they’ve got up to since leaving school. Perhaps they wouldn’t feel much kinship with this exemplar of a “successful student” who was being brought back to lecture them.

I wanted to show that I hadn’t succeeded at every single stage of life and advised them not to dwell on their mistakes, because it’s rare that even a seemingly catastrophic failure will actually ruin your life (unless you dwell on it). Better to move on and focus on the next challenge.

I think the value of alumni returning to school is that it proves to the students what someone who was in their exact position is capable of. If there’s anyone in the audience who aspires to follow a similar path to the alumnus, it can be encouraging to see that it’s possible. Another point I tried to make during my talk was the fact that, even though I’ve met a lot of really clever people during my time at Cambridge and at CERN, they were all normal, mortal beings who made mistakes and felt dumb sometimes:

“There’s no special breed of super-people out there who are doing all the cool interesting stuff because they’re all smarter than you. There’s no extra level above you or a different kind of person who’s better at doing difficult things. I used to think that these people at Cambridge and CERN would have to be somehow different or special, but it turns out they’re just human as well.”

I urged the students not to limit themselves in this way because these were tacit assumptions I had held when I was their age.

Finally, I gave some pragmatic advice on how to succeed and self-regulate: since many of them would have just started their careers in higher education, they would just be beginning to face the freedom and responsibility of managing their own time effectively. In particular, I spoke about the relative uselessness of willpower and new year’s resolutions compared with much more effective practices of habit formation and changing your environment (e.g. going to the library to work instead of trying to work in your room while resisting your games console).